Duoni Liu, born in 1989, is a Cologne- and Bielefeld-based composer / media artist / performer / instrumentalist from Shanghai, China. She studies both Bachelor and Master degree for electronic composition at the Hochschule für Musik und Tanz Köln with Michael Beil and Norwegian Academy of music in Oslo with Trond Reinholdtsen.

She is focused on the fascinating blurring of the lines between the actual content of the music and that which is perceived by the listener – Reality vs Perception. These phenomenons play an important role in her musical aesthetic concept. Moreover, her works always combine the relationship between sound and space through multi-channel audio systems, interdisciplinary corporations and unusual concert situations. As a young female composer, she pays a lot of attention to gender inequality and as a person who cares for people, she has been having her art/music projects in the region NRW (Germany) to help kids in the refugee center. Until this year, she has made it to 5 centres with her projects.

She has been awarded many scholarships and prizes as a young artist, such as Deutschland Stipendium (2014 and 2015), Gender Equality Commission for best young female composer (2016), excellent Graduation Project Prize (2017), Scholarship for studying Music (2018). The art video “Sollten Behinderte Bioeier kaufen?” she made the music for was nominated for the 65. international Short Film Festival Oberhausen (2019). Her piece ” SAME SAME but Different” was selected in the final concert in the International Composition Competition 2020 held by ACHT BRÜCKEN KÖLN and won the third prize. The project “Oops! I dropped my seeds” under her leadership has been selected to the final of the concert in the competition D-Bü 2020 in Hamburg and won the prize of originality.

She is not only busy with her composition, but also as an instrumentalist. She has been invited to play her Chinese instrument ‘Erhu’ in Berliner Philharmonie with the musicians from the orchestra. Her compositions have been presented at the Acht Brücken Festival four years, Cologne Philharmonic, PASSAGEN Design Week 2018, Kölner Museumsnacht, few concerts hold by kgnm(Kölner Gesellschaft Für Neue Musik), Cheers for fears Festival 2018, National Dance Theater Japan 2018 and others. Her pieces have been presented not only in Germany but also in China, Denmark, Italy, Japan, Netherland, Norway and USA. 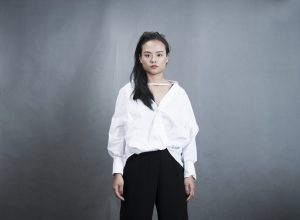